*As soon as we get your inquire, we will contact you for further details 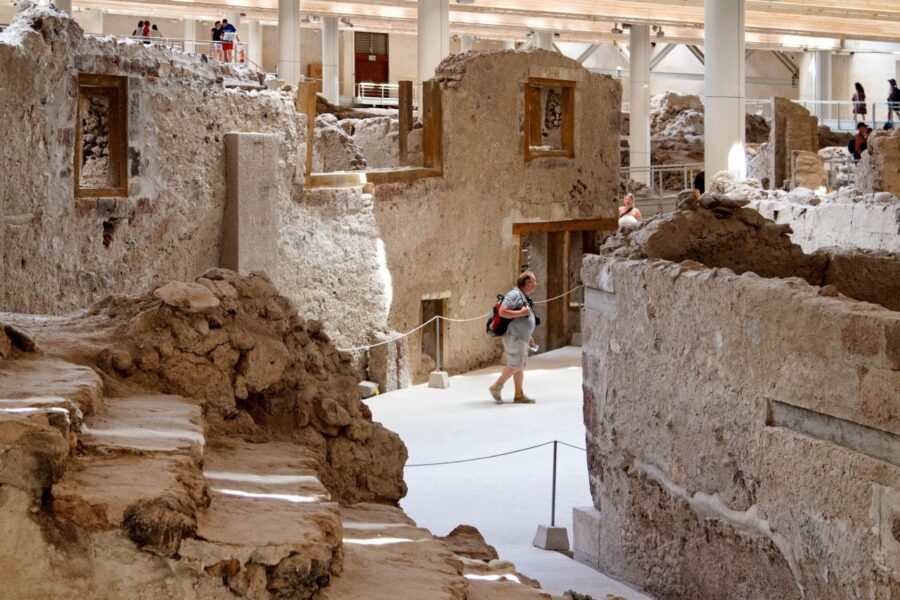 The prehistoric city of Akrotiri was the center of a brilliant civilization that reached its heyday between 1550-1500 BC. It was inhabited from the Neolithic Age to 1500 BC, when a devastating eruption destroyed everything. The wealth and the quality of houses bear testament to the city’s prosperity and a flourishing way of life. The sophisticated houses were spacious, multistoried, made of stones and mud and they were accordant to the Cycladic architecture. The upper stories had large windows and imposing murals, whereas the basements were used as storerooms and workshops. Along the city, there were narrow, stone-paved streets, squares and an elaborate drainage system. 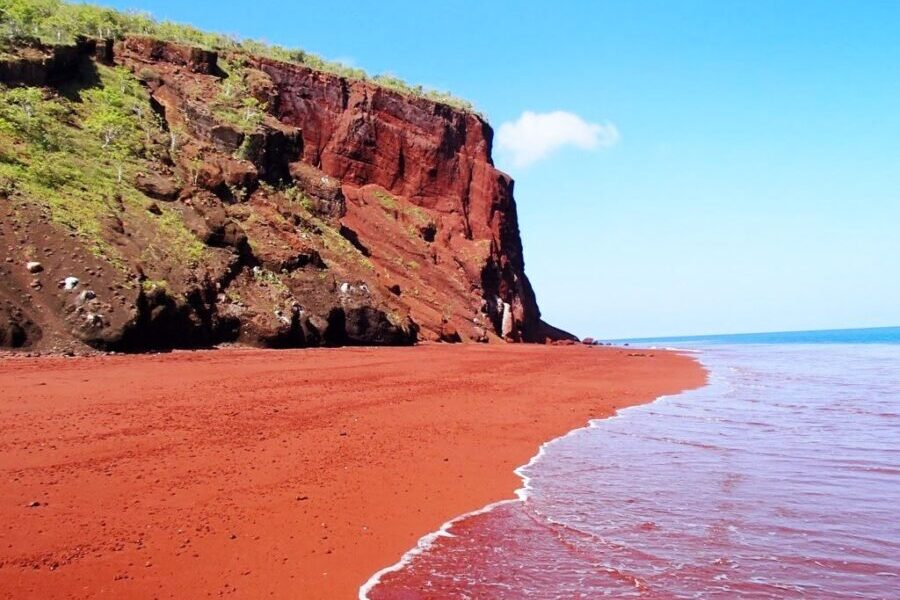 Red Beach is without a doubt worth a visit considering that it is a rare sight, probably unique in the whole world, where red is the dominant color. It is enclosed by steep red hills that create a captivating, wild scenery. If you stand on the top you will set eyes on enormous volcanic rocks situated in the sea, small pebbles and sand of various colors, mainly red, all along the beach and appealing dark blue waters. This wonderful palette of contrasting colors will mesmerize you. Another natural marvel the volcano created. 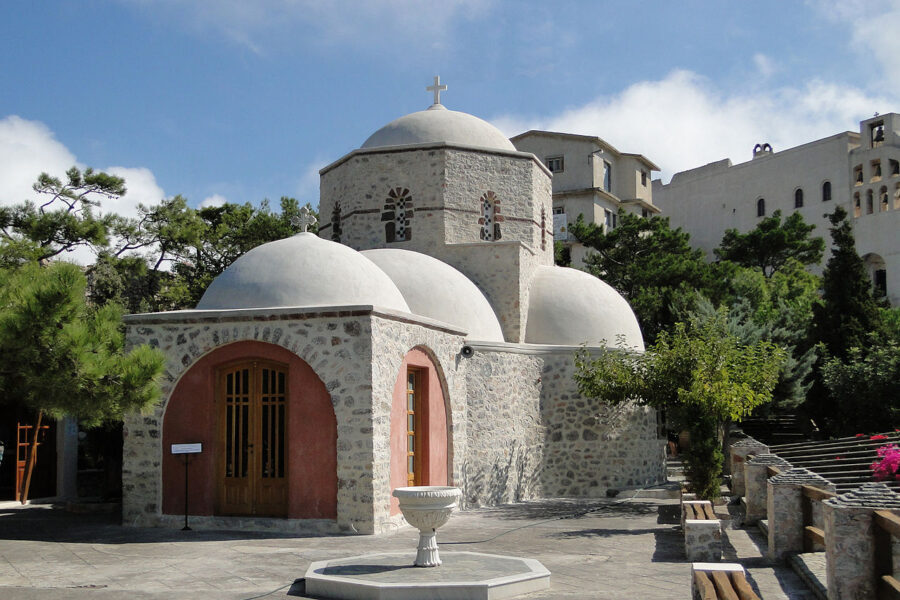 The Monastery of Profitis Ilias stands on the highest peak of the island at an altitude of 567 meters above the sea level. It is located three kilometers away from the village Pyrgos in Kalliste, in the southeastern part of Santorini. The mountain of Prophet Elias is the highest peak of the island. It stands 567 meters above the sea level and, together with Mesa Vounos, the hill of Gavrilos (Emporeios), and the Monolithos rock, forms the pre-volcanic segment of Santorini. At its top, the Monastery of Profitis Ilias (or Prophet Elias), counts among the island’s oldest and most important Orthodox landmarks. 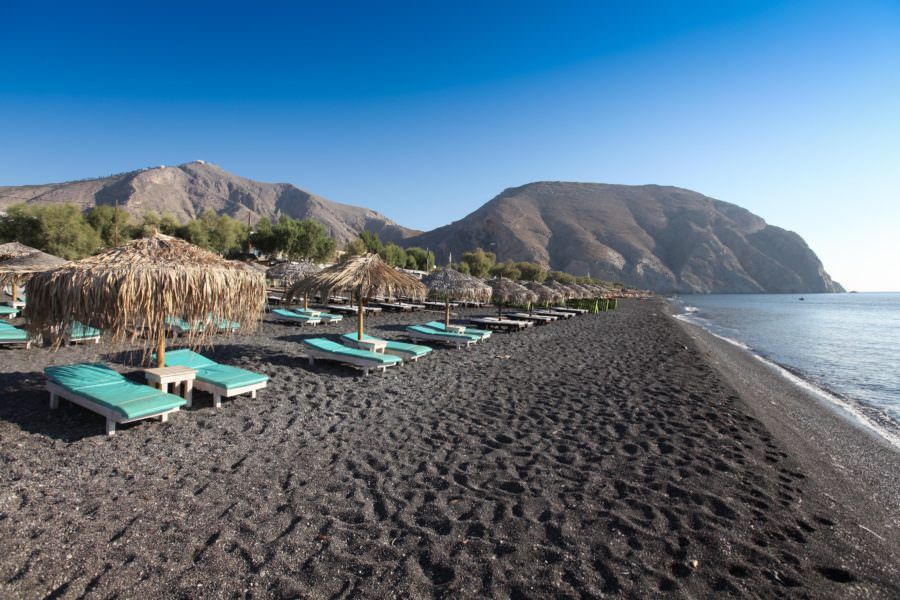 On the southeast coastline of Santorini there are two successive beaches, Perissa Beach and Perivolos Beach, which basically form one lengthy beach that is famous for the black volcanic sand. The past volcanic eruptions have formed the island and have given it its distinctive characteristics that made it a special, gifted place. The volcanic nature of Santorini is obvious on its beaches and the Black Sand Beach, as the two aforementioned beaches are used to be called, is the main representative. The refreshing, crystal-clear waters along with the impressive landscape make it one of the best and most popular beaches in Santorini. 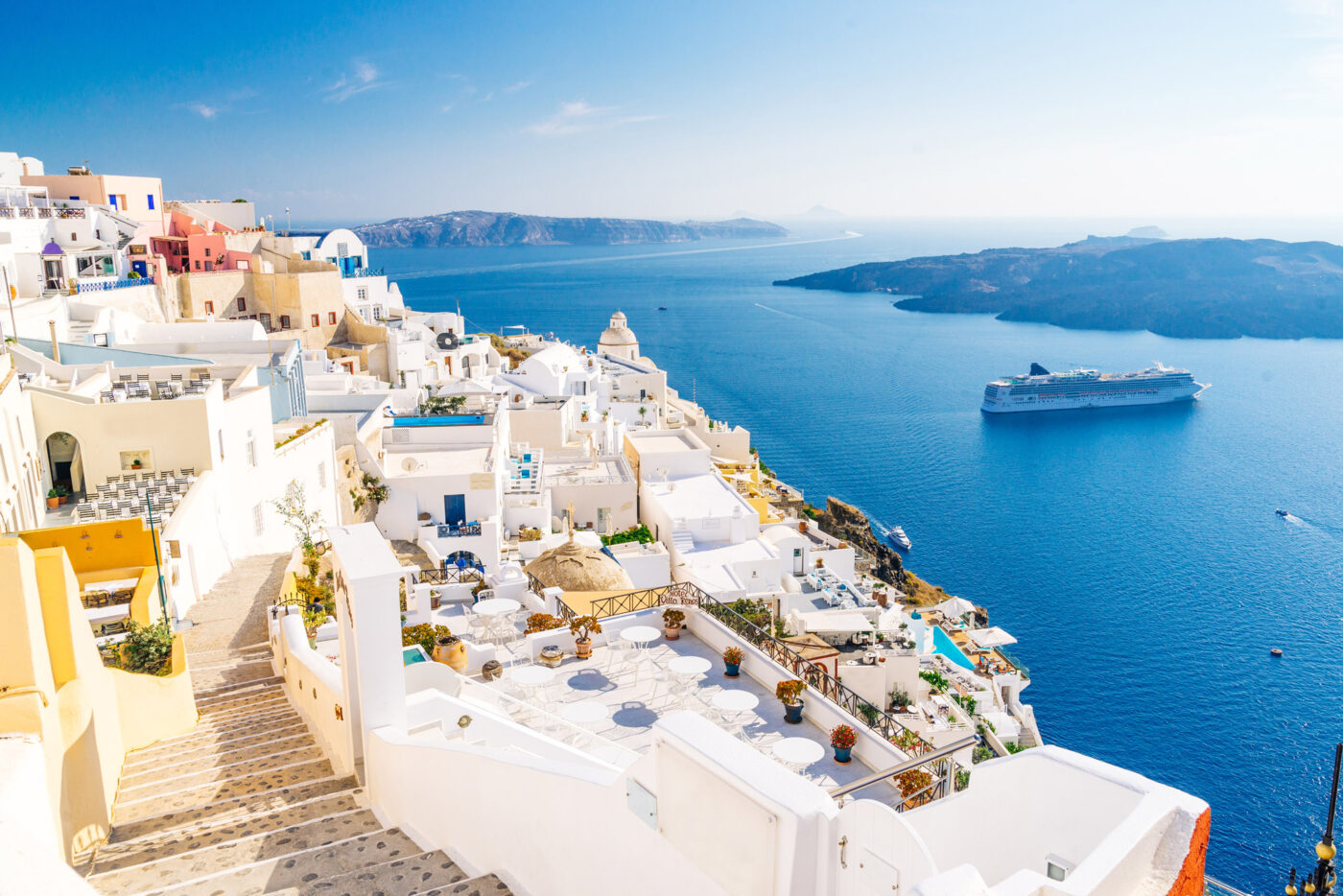 Fira is the capital of the island. It is located high on the Cliffside and attracts many tourists due to the big shopping area, some small but outstanding museums, restaurants, coffee shops with a great view and its convenient location in the middle of the island. A famous Golden Street full of jewelry shops connects the cable car to the center of the town leading you to our Orthodox Cathedral, Metropoli, while behind the cable car our Catholic Cathedral signifies the beginning of the whole Catholic quarter. Fira became the capital of the island at the very end of 18th century and presents a mixed sample of Cycladic and Venetian styles.